×
The most famous pieces of furniture in television and film history include easy chairs, comfy couches and singing Armoires. Here at The Wooden Furniture Store, we've rounded up our top 8 pieces of living room furniture from the world of fiction, TV and film.

The Mirror of Erised - Harry Potter

The Mirror of Erised, according to Albus Dumbledore, shows the deepest, most desperate desire of our heart.  The name Erised is desire spelt backwards, as if reflected in the mirror.  The mirror is in an ancient, gold, ornate frame with clawed feet.  The frame is inscribed with the phrase "Erised stra ehru oyt ube carfru oyt on wohsi."  If you look closely, it says backwards with the spaces rearranged "I show not your face but your heart's desire." The mirror was discovered by Harry Potter on the night that he used his father's invisibility cloak for the first time, to search the restricted section of the library at Hogwarts.   In his attempt to stay hidden from the school caretaker, he stumbled upon the classroom where the mirror was being stored.  Upon looking into the mirror, Harry saw himself surrounded by his late parents. 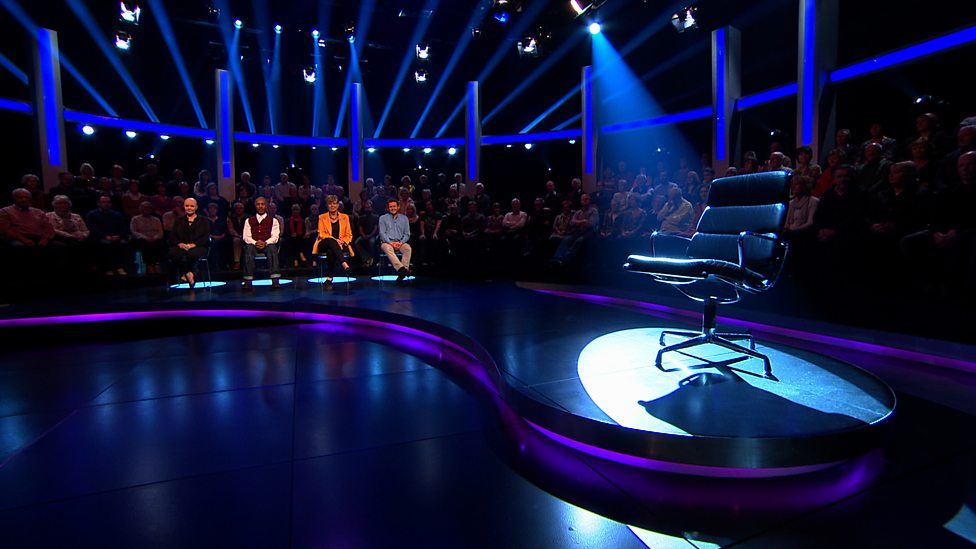 The quiz show Mastermind is well known for it's challenging questions, intimidating setting and air of seriousness.  Devised by Bill Wright, the basic format of Mastermind has never changed - four contestants face two rounds, one on a specialist subject, the other a general knowledge round.   The atmosphere is helped by the theme music which is appropriately called "Approaching Menace" but by far the most famous icon of the show, is the black leather chair in which the contestants sit, lit by a solitary spotlight (Wright drew inspiration from his experiences of being interrogated by the Gestapo during World War II). The 'Soft Pad Lounge Chair' was designed in 1969 by Charles and Ray Eames as a more plushly upholstered version of their 1958 Aluminum Group.  With its black leather cushioning, simple metallic curves and practical wheels it could be any piece of retro office furniture, but when it is placed under a single spotlight in a hushed auditorium it becomes an instrument of psychological torture.

Everything is Awesome!  Emmet Brickowoski was repeatedly mocked for his double decker couch idea in the Lego Movie.  We think that this clever invention and truly unique piece of furniture really proves that Emmet was a Master Builder.  Having to look through the legs of everyone sitting on the upper section is a small price to pay for easily being able to cram twice as many people in front of the TV plus the couch floats on water and includes built in cup holders.  What's not to love? 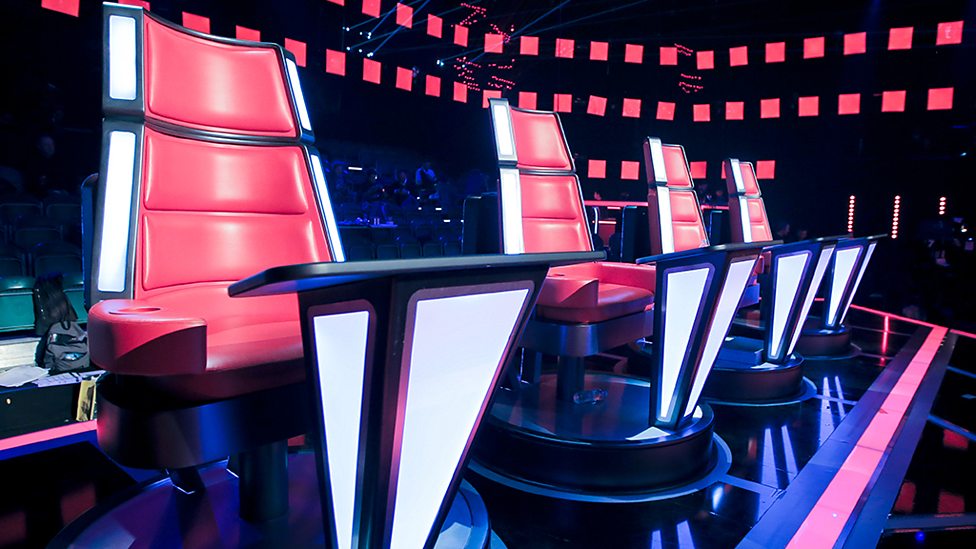 The iconic swivel chairs on the single talent show "The Voice" are a unique judging element and an element of why the show reaches 5 million people on Saturday evenings.  If you've never seen it, during the blind auditions, the coaches (most recently Sir Tom Jones, Will.i.am, Gavin Rossdale and Jennifer Hudson) sit in the chairs facing away from the stage, so they cant see the artists during the performance.  If a coach is impressed what they hear and wants them for their team, they hit their red button, at which point the chair rotates and they can see them.   Did you know that the chairs rotate 180 degrees in 3.5 seconds, that there are only 4 of them in the world, they are the same weight as 26 house cats and it took 4 people 12 weeks to make them?

The velvety hangout appeared in nearly every episode.  How did the friends gang manage to snag this awesome couch every time they met for coffee at the Central Perk?  This improbable good fortune actually became a running gag in the show.  At the beginning of an episode in series 3 (The One with the Princess Leia Fantasy) they walk happily into Central Perk only to see another group sitting in their seats, and instantly turn round and walk sadly out again. The Friends very much owned the orange sofa.  If there were up to four of them in the coffee shop they’d often all scrunch along it together and if there were five of them, then someone would sit in the green armchair to the right, when all six were present then one would be relegated to the neighbouring table on the left.   The fact is that the orange sofa became so iconic over the course of the show's run that it ultimately felt like a character all it's own.

Not so many years ago, millions of us would spend the summer enthralled by ordinary folk who squabbled, sunbathed, got drunk and talked to chickens called Marjory.  Big Brother at its prime.  Given that the show follows contestants locked in a house 24/7, it's a given that furniture will play an important role.  Perhaps the most iconic piece of furniture from the series is the Diary Room Chair, where housemates reveal their darkest secrets and innermost thoughts.  The Diary Room Chair is uniquely designed for each series of Big Brother and changes colour and shape.  Notable designs have included an Arne Jacobsen egg armchair (series 1) and Proust Geometrica armchair (series 10) but we love the bling chair from series 7. Our favourite piece of furniture from Beauty And The Beast is Madame De Garderobe - the Armoire.  In the 2017 live action remake, she is portrayed by six time Tony Award winner Audra McDonald.  In the film, Madam De Garderobe is wife of court composer, Maestro Cadenza, and also a well-respected opera singer.  She is turned into an Armoire, while her husband is transformed into harpsichord.  Madam De Garderobe is first seen in the background of Belle's room, when Belle throws herself down on her bed and begins weeping.  When dinner time is near, she begins to pick a dress Belle in a whirl of fabric and ribbons   The Madam De Garderobe is seen in the final battle against the villagers in which she dresses one of the villagers as a woman and throws herself down the stairs. 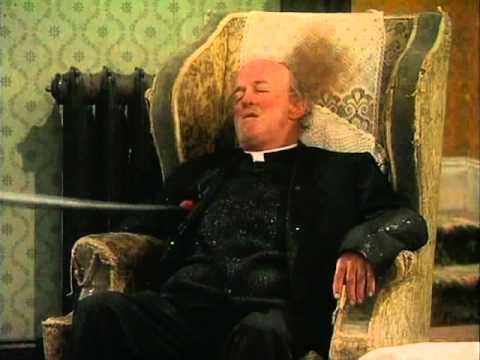 Father Ted was a Channel 4 sitcom which ran for 25 episodes until 1998.  Father Ted Crilly and fellow priests Father Dougal McGuire and Father Jack Hackett, are all exiled to Craggy Island to live with housekeeper Mrs Doyle.  Father Jack is an elderly, decrepit, foul mouth, insane, ill tempered, lecherous, alcoholic who lapses into violent behaviour, particularly when his fellow clergy deny him drink or try to remove him from his armchair, where he is usually found asleep.   Scuffed, stained (he only has a bath once a year!) and fraying around the edges, Father Jack's armchair was coming apart at the seams and served as a constant reminder of the perils that are associated with easy access to communion wine.  Anyone else would sit on it at their peril but really who would want to? These objects defined the sets of the best TV shows and films ever (we think).  Do you agree?  Did we include your favourite? We'd love to know!
×
×